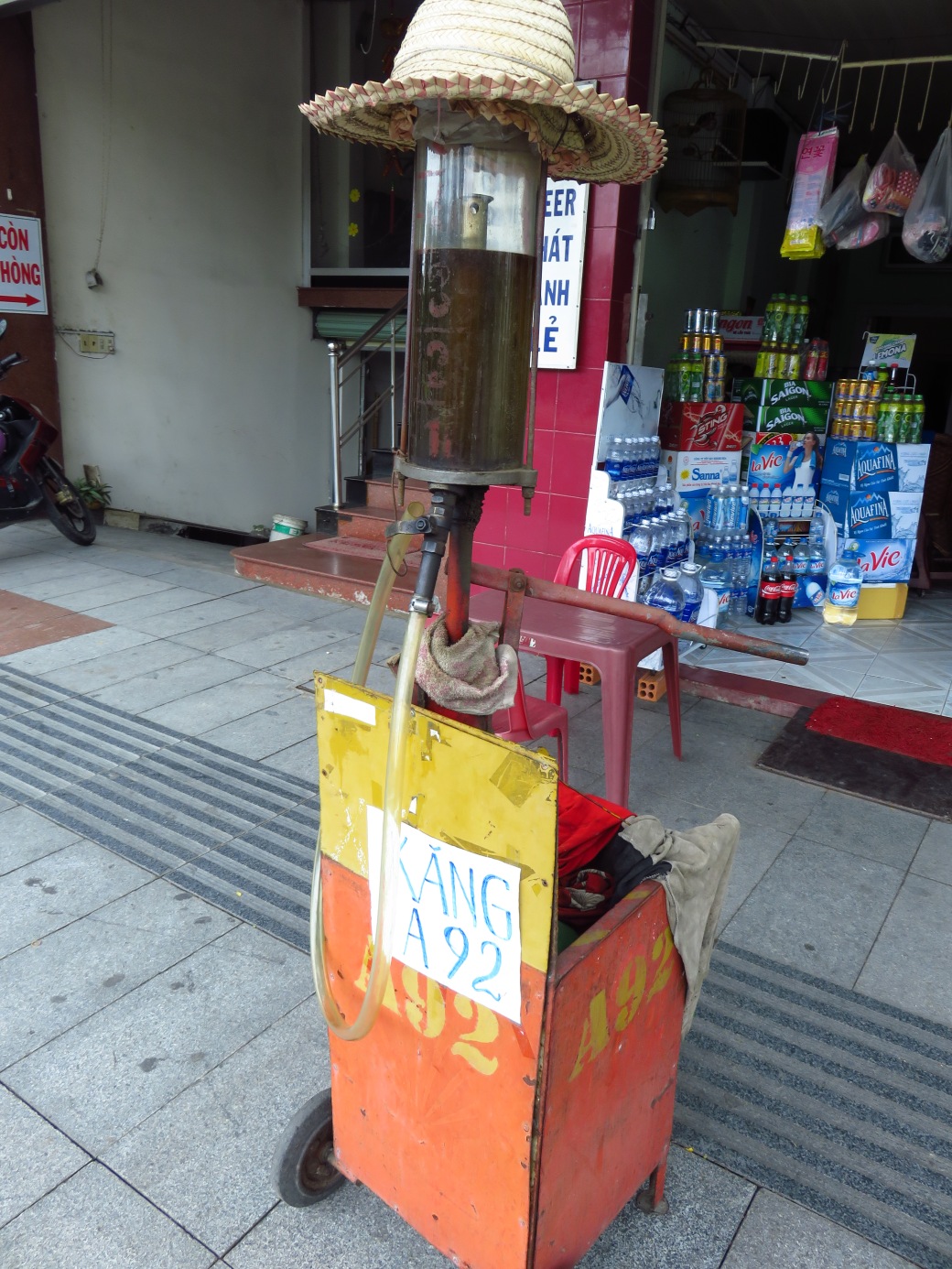 We spent 3 days in Nha Trang.  When we got off the train it was like we had stepped into Russia.  There is more Russian signage than Vietnamese.  Nha Trang, Vietnam is to Russia what Cancun is to North Americans.  A stretch of beautiful beach lined with resorts and tourists drinking over priced beers and eating overpriced local cuisine.

In between the heavy rain, Kristi and I went to find a supermarket so we could buy some oatmeal.  The supermarket was full of Russians with a few Vietnamese staff members.  One older lady came up to me and started asking me something in Russian.  Just her luck, she approached the only white person in the supermarket that doesn’t speak Russian.

After spending way too much money on junk food I stopped at a street barber to get a cut and a shave.

Luckily for me, his English was pretty good and he had no issue understanding what I wanted.  You wouldn’t think shaving my head and beard with #1 trimmers would be hard but when broken English comes into play, you never know what could happen.

I paid 60,000vnd to have my head shaved, beard trimmed and neck done with a straight edge.  He hinted that the inside of my ears were disgusting and offered to clean them.  I politely declined, I dunno how sterile those tools are.  He then offered (not sure if serious) to trim my pubes.  I laughed and asked “how much?”  I almost took him up on the offer when he said “100,000vnd” This guy is willing to manscape me for $5.  After a brief consideration I snapped back to reality and realized I probably don’t want his rusty hepatitis infected scissors anywhere near my genitals.  I paid him the 60,000vnd and was on my way. 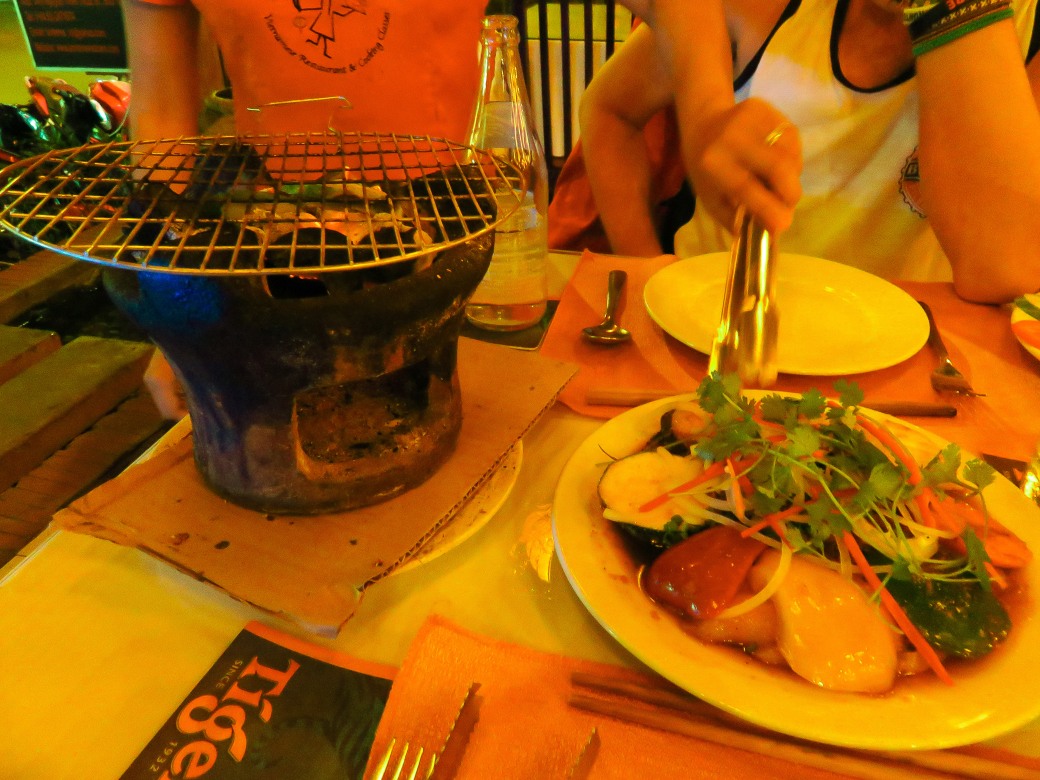 We went to a restaurant rated #5 on Trip Advisor for dinner both nights.  Lanterns offers a variety of “local foods” that have been tailored to fit a western flavor pallet.  Both nights we ordered the mixed BBQ dinner where they bring out a plate of assorted meat, seafood and vegetables marinating in a delicious sauce.  They then bring out a hot coal BBQ and you get to cook the food yourself right at your table.  The staff speak fluent English and offered the closest thing I’ve seen to North American service since we’ve been in Asia.  They even asked if I would like another drink when mine was empty…. this may not seem weird to you at home but nobody offers actual service here.  If you want something, you tell someone and good luck getting their attention with whistling or yelling to them.  Lanterns staff could easily fit in to a restaurant in Canada. 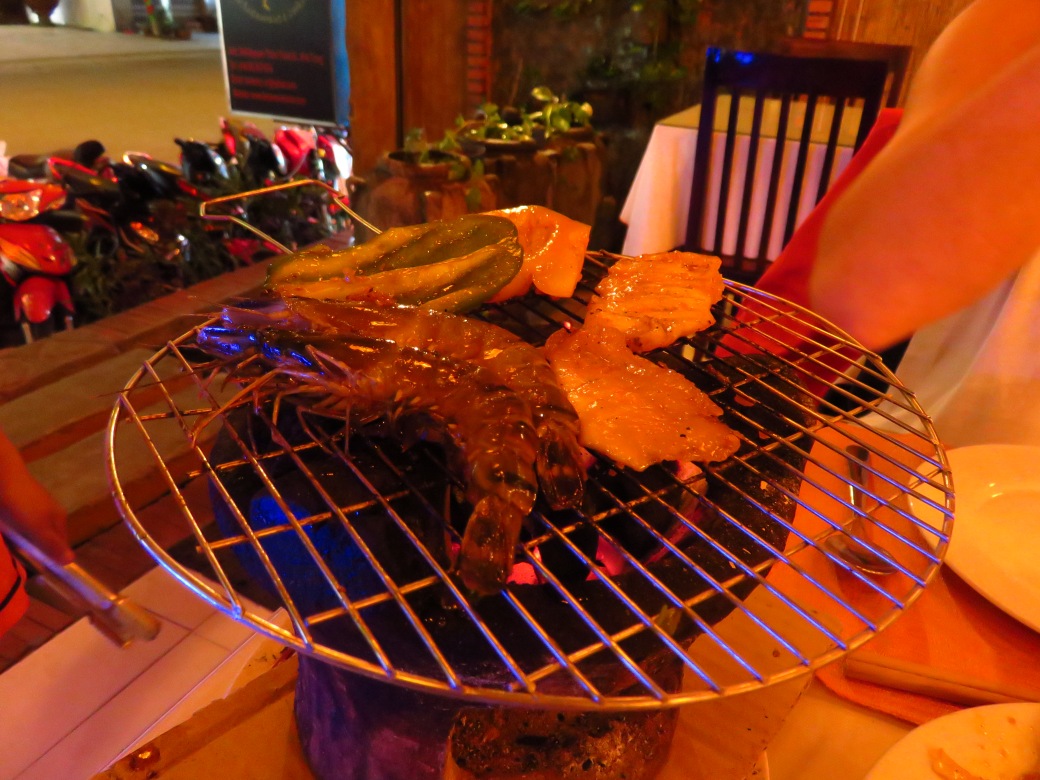 With the rain sucking so bad, we were lucky that it chose to clear up briefly on our final day.  We walked along the beach that was littered with Russians trying to make the best of a mediocre situation.  Kristi and I spent our time counting thongs (11.. we counted 11… 1 was a man).  Sounds perverted but you only wear something like that in public so people will look.  It would be rude not to stare.

If the weather had been nicer, Nha Trang would be a great little getaway. I fully understand why the Ruskies like it so much.  We are headed to the Vietnamese Highlands next in Da Lat where we hope to spend Christmas!