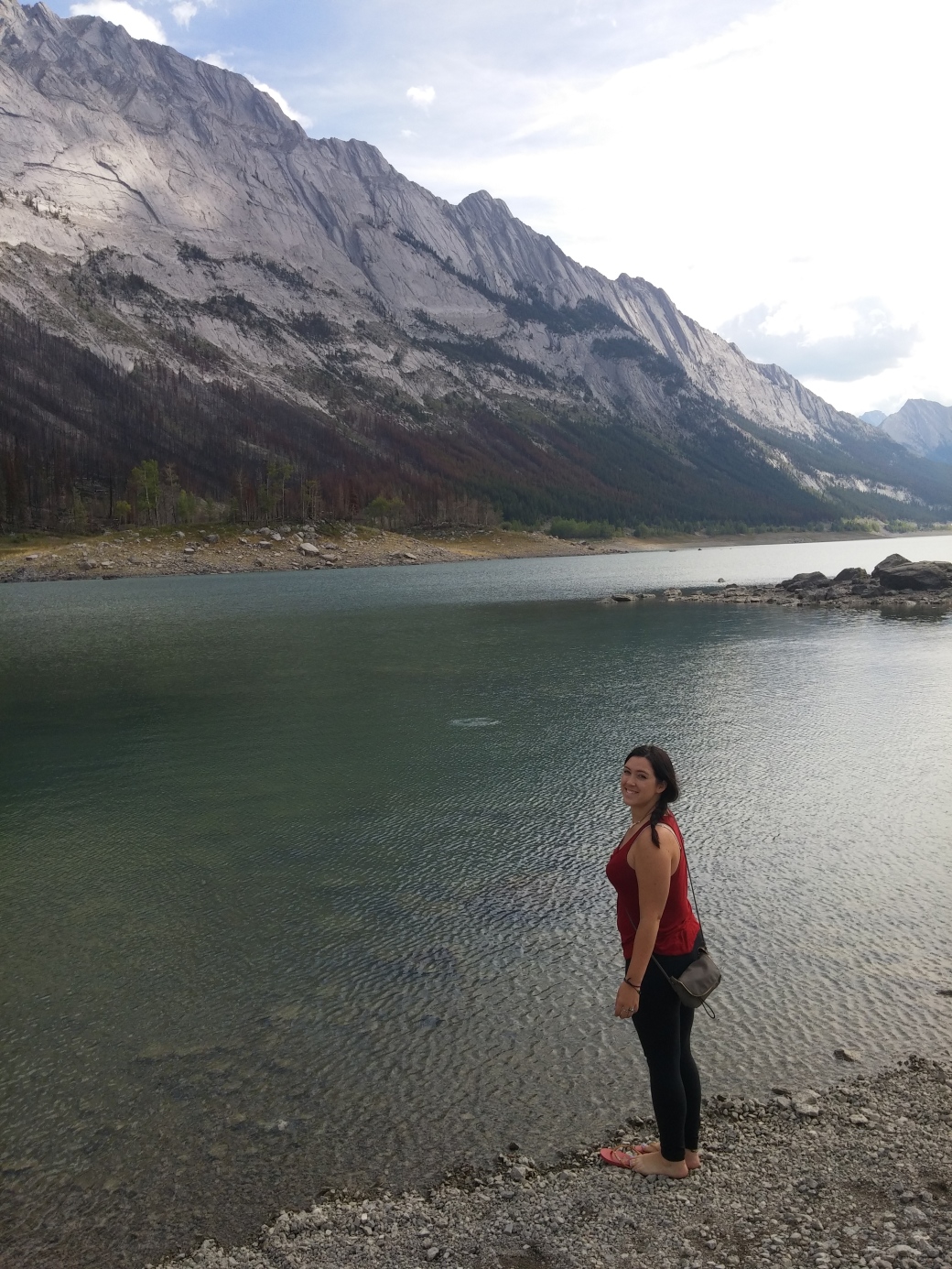 So I have had this on the back burner for 2 months now and a combination of being busy and being lazy has caused me to not write this.  My Cousin was getting married in Edmonton and I haven’t driven that way in a long time.  Kristi and I decided to take a couple days and have some fun.

As per usual, it took us an hour just to get past Abbotsford.  These past couple years, for whatever reason, Abbotsford is traffic hell. Everything slows down to a crawl around the 264 Street exit and it actually makes me what to smash my forehead on the steering wheel every time I have to drive out there.

We made our first major stop in Revelstoke.  Now I know what you’re thinking… Revelstoke sucks! Yes I am aware, they really have nothing going on other than a couple decent ski resorts and we’re here in August.  However, they do have The Pipe Coaster now!

When we arrived, there was a 3 hour wait for the coaster.  Luckily they have a decent system in place where you go and buy your ticket, head over to the gondola and grab a number.  Then you check the website for when your block of 50 numbers shows up. Then you head up the Gondola and hop in a 10-20 minute line and await your turn. 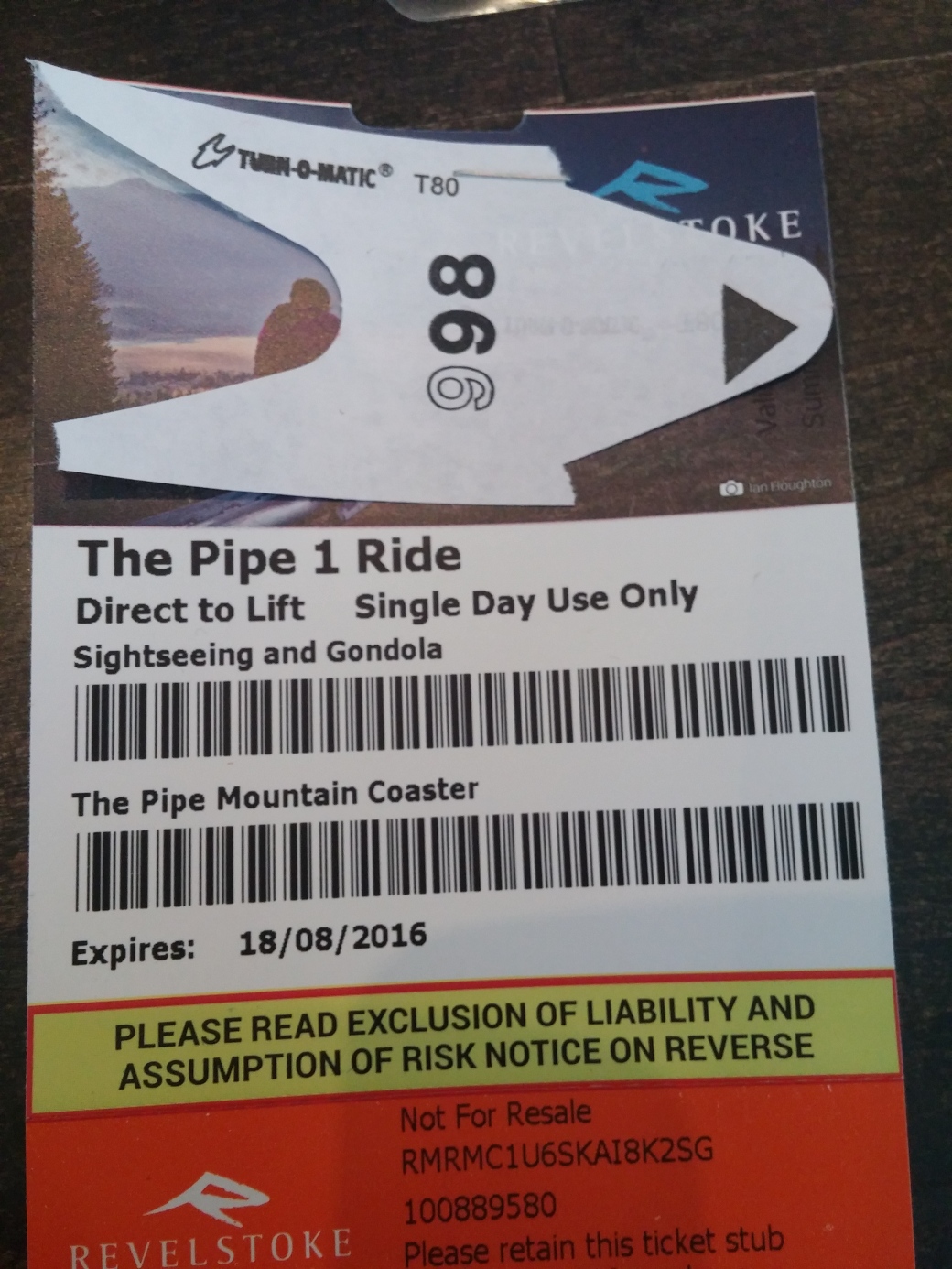 We decided to grab lunch at a local pub then check out Mt. Begbie Brewery.  Unfortunately, they were in the process of moving locations so the tasting room was closed.  We decided to grab a few random bottles to enjoy later at our hotel.

Back at the Revelstoke Mountain Resort, we still had time to kill. After playing a bit of Pokemon Go, taking over then losing a gym within 10 minutes, we decided we should drink.  Kristi had a beer while I had a whiskey sour.  I give this bartender credit.  I have never seen someone shake a whiskey sour for so long.  Literally like 5 minutes of shaking.  I don’t even shake a whiskey sour for myself that long, let alone for someone else.  I will say… it was very well made.

It was time to go up to the Pipe and we had one instruction from the bartender… Don’t brake.  Alright then.

After a brief safety meeting and instructions on how to go fast and how to slow down, we were in line to go.  I couldn’t help but notice we don’t get helmets.  And thus began 2 of the funnest minutes of my life!

Back on the road our next stop was Golden, BC.  Kristi booked us a wagon at the Beaverfoot Lodge.  We arrived in Golden around 9pm and grabbed a bite at Eleven22… This might have been the best meal I’ve ever had! The dragon boat seafood platter in a white wine cream sauce was to die for.  Their butter chicken was on point too.

All full, we head out to find our lodging.  As the sun set on the rocky mountains, I couldn’t help but think this is probably the most beautiful drive I’ve ever done.  We drove further and further away from Golden and I’m thinking where the hell is Kristi taking us? Finally, we reach our turnoff and I think we’re there. Nope. Another 12km down a bumpy logging road gets us to Beaverfoot Lodge.  Our wagon is another 5 minute drive down the road and it’s exactly what you expect. 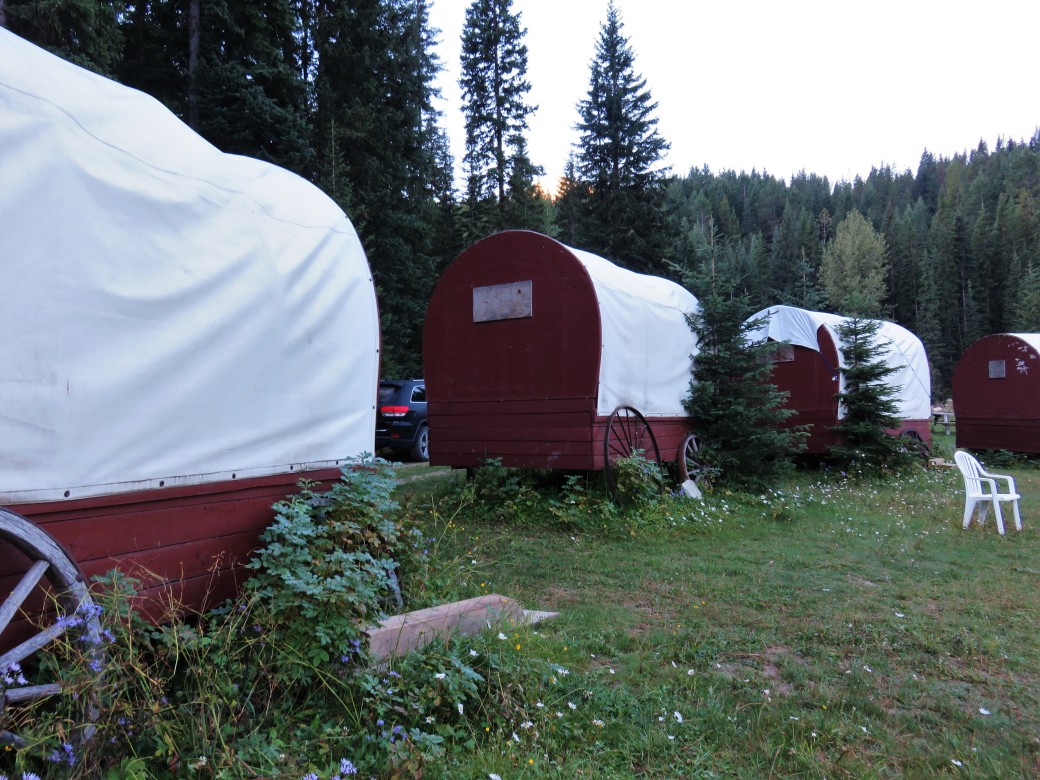 In the pitch black, armed with flashlights on our nearly dead phones, we find there’s no electricity.  But there is a field mouse with no chill beside my bed.  We also got 2 single beds that are built into the wagon. So no cuddling tonight.

Our alarm goes off early in the morning and it is cold.  Like, really cold.  I had checked the forecast for Golden and it was supposed to be lows of 12C.  There’s no way it’s that warm.  It’s so cold we just grab everything, throw it in the car and get outta there. Turns out I didn’t check the mountain temperatures. Hey Kristi… friends off.

20 minutes down the road we stop in Field to gas up and grab breakfast.  We still haven’t warmed up.  We are very unprepared.  I hate my life at this very moment.

We bought a National Park day pass and back tracked 5 minutes to Emerald Lake in Yoho National Park. The water here looks spectacular.  All of a sudden, I love my life again. Everyone that isn’t here should be jealous that I am here.

We also checked out the Natural Bridge while we were there.

Next up on our must see list was Takakkaw Falls.  One of the tallest waterfalls in Canada. Standing 302m from Base to peak the water falls 254m

Okay enough tourism stuff. Lets get back on the road and we’ll stop in Lake Louise for lunch.  This seemed like a good idea until we tried to find parking at Lake Louise.  No stopping here, off to Banff.

The original plan was to stop in Calgary but with all the time we spent sightseeing, it just wasn’t a real option.  Straight up to Edmonton we go.  I won’t talk to much about the wedding since this is about the road trip.  All I will say is that everything went smoothly. The Bride and Groom had a blast and so did we.  I’m extremely happy to see my family expand with such awesome people.

Time to go home.  This time through Jasper which is an unreal National Park to go through.  The drive is beautiful.  We stopped at Tourist information and unfortunately the girl sat there and just tried to sell us tours.  She didn’t understand that we were driving through and wanted to catch a couple must see stops.  We don’t have 3 hours to go on a tour.

We decided to drive up to Medicine Lake.  Which was known as the disappearing lake to the Natives due to how low the water levels dropped.

The we took a 2km walk around Maligne Canyon before getting back on the road.

We stopped to see Mount Robson which we learned has the highest point in the Rocky mountains.  There is an awesome overnight hike that I would love to do next year when the weather is nice again.

As we reached Valemount, we figured we would eat something.  Apparently at 2pm on a Sunday… all of Valemount is closed.  We just continued driving straight down to Blue River and we found a diner there to eat at.

The rest of the trip was quite uneventful.  Until we reached, you know it, Abbotsford.  Apparently this vortex of hell always has traffic.  There were 3 accidents through the 7 Abbotsford exits, so we hopped off the Highway and took the back roads home.  We likely didn’t save any time but it beats sitting still.

Home late at night. It was about 15 hours to get home.  What an unreal trip though.  I need to make that drive more often.  Here’s a map of our route to wrap things up! 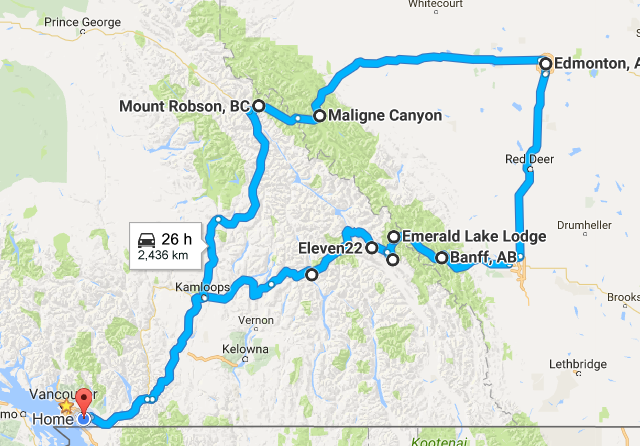