Okay so it finally happened. I was unable to get to my beer last night. I could make excuses but there’s really no need because I’m just gonna drink 2 beers now before I go out for dinner. 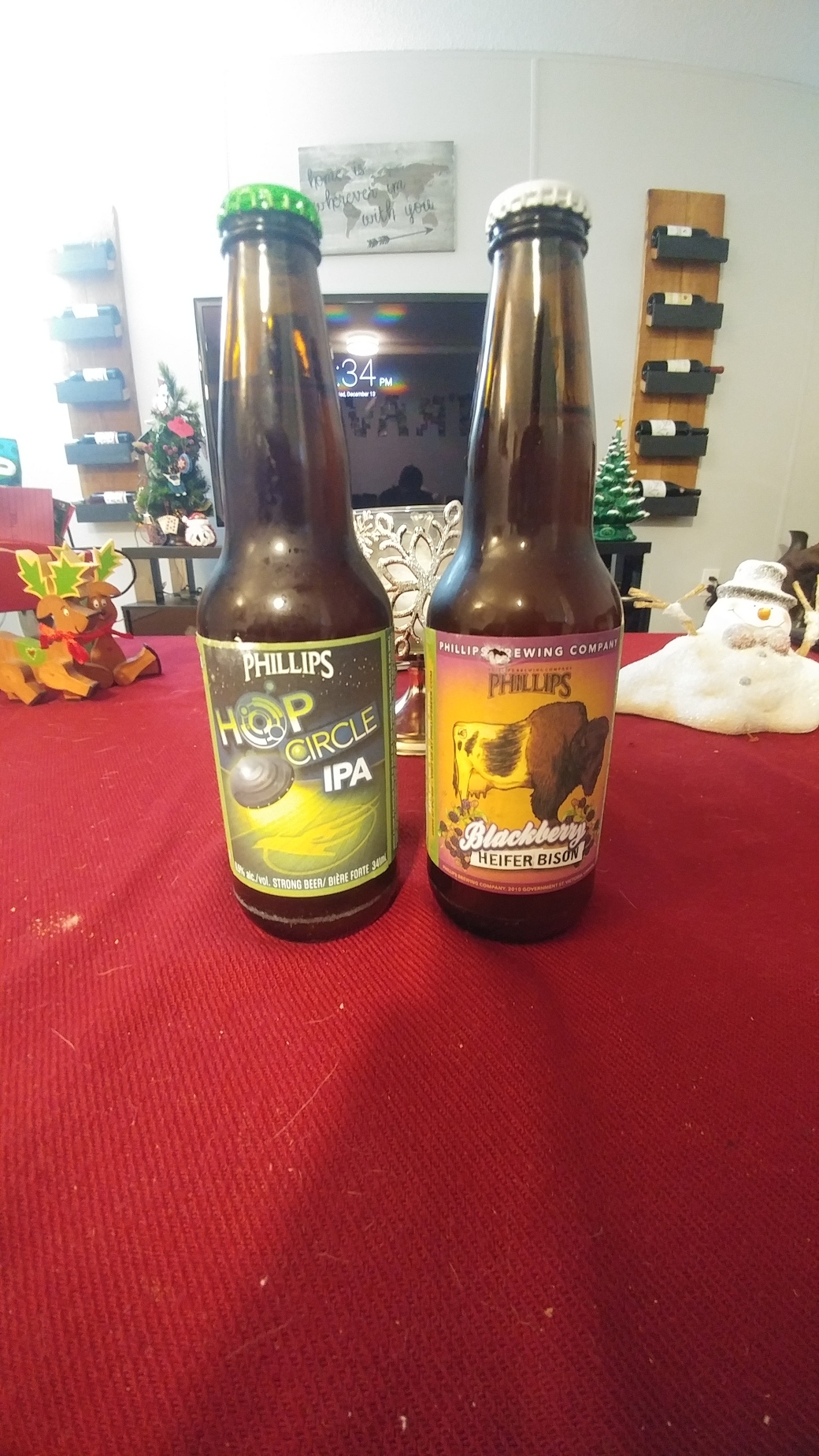 The first of the 2 is the blackberry “heifer bison.” I figured this would be the best one to start with because my other beer is an IPA and will likely kill my pallet.  When I poured this into the glass I was expecting a more reddish color. It actually has very little blackberry flavor to it. I’d be lying if I said I wasn’t disappointed in this.  It sounded so good but really it’s just kinda blah.  Hefeweizen’s aka wheat beers are made with a ratio of 50:50 or higher wheat.  American’s started garnishing with a lemon wedge to cut the wheat or yeast edge which is either viewed as a flavorful snap or a component that damages the the beer’s taste.

Moving on to the hop circle IPA.  There is no indication of IBUs on the bottle but it is 6.5% which is common among IPAs. IPAs have taken the world by storm in the past couple years but date back to the 1700s.  India was one of Britain’s most important military outposts but it was too hot to brew beer there.  So a London brewer by the name of George Hodgson made a strong pale ale with extra hops and a higher alcohol content because both act as preservatives.  There’s much more to the story of IPAs and if you’re interested, here’s one of the articles I read in the past. 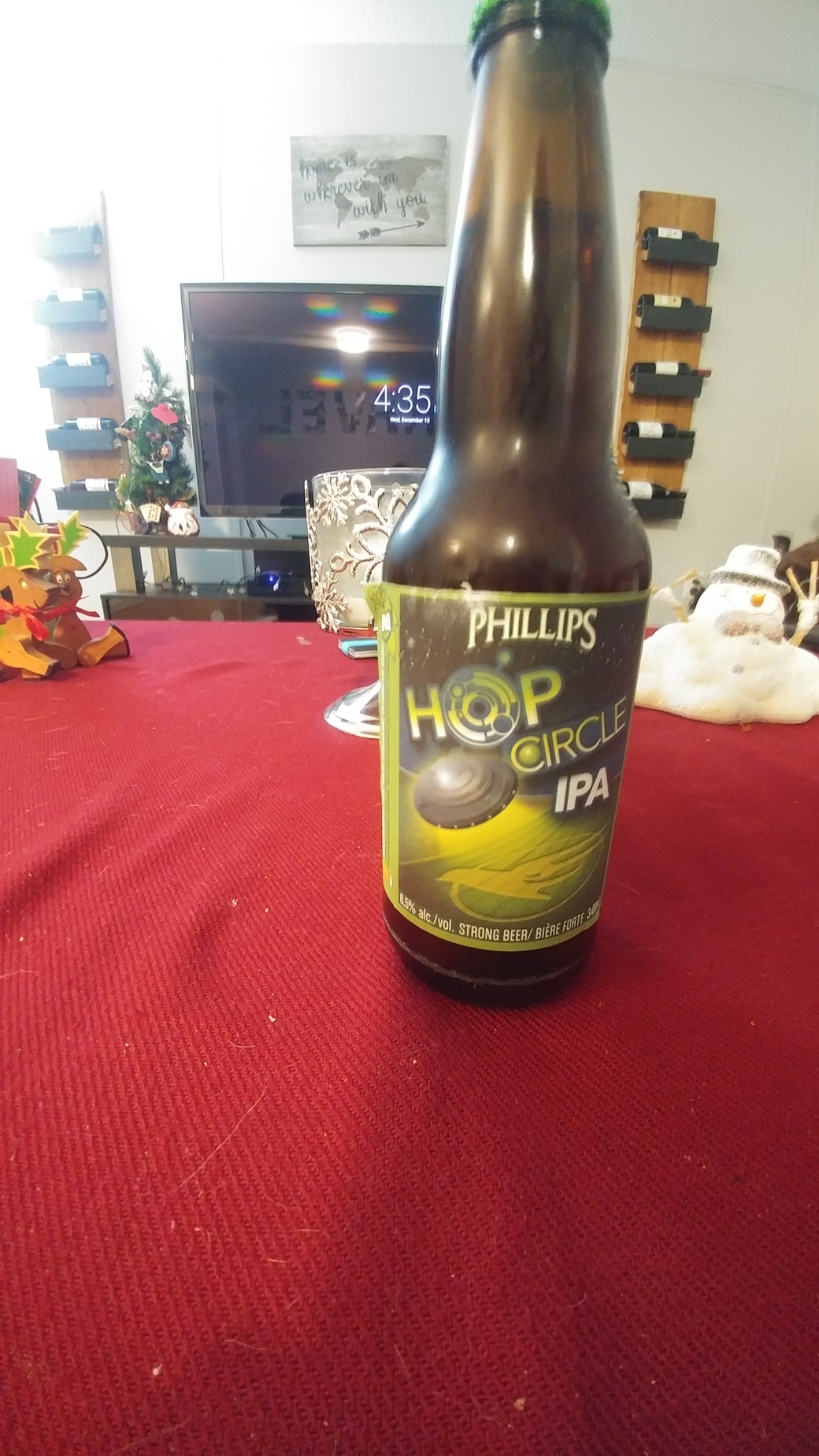 I don’t mind an IPA every now and again but this one is very bitter.  I actually really don’t care for this one at all right now.  After checking quickly on Phillips website, this is their mainstay IPA which is kinda unfortunate.  Their website also doesn’t tell me the IBU which is also unfortunate.

Sad to say this was a disappointing day for beers in the calendar.  Luckily we have a picture of pug to cheer us up.  Just 1 though. 2 bad beers do not warrant 2 pug pictures. Sometimes Marvin lays on the other couch when we get mad at him. Sad beers = sad pug